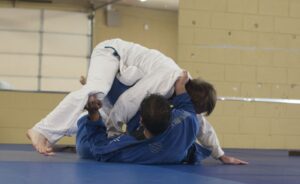 People turn to martial arts for a variety of reasons. Whether you’re looking to build muscle, lose weight (one hour of moderate intensity martial arts can burn up to 500 calories), or release the stresses of your professional life, many individuals opt for Brazilian Jiu Jitsu. If you’re considering checking out the benefits of BJJ, you may be curious about the sport itself; let’s take a look at three frequently asked questions surrounding Brazilian Jiu Jitsu.

What is Brazilian Jiu Jitsu?

As a martial art, Jiu Jitsu originally developed in Japan. When a Japanese diplomat brought the techniques to the Gracie Family in Brazil, they adapted it into a whole new art. Rather than focus on powerful throws, the major strategy of BJJ is to take attackers to the ground and pin them or apply joint locks and strangleholds to immobilize opponents. Currently, Brazilian Jiu Jitsu has been adopted by all branches of the armed forces, as well as federal and local law enforcement agencies.

How is Jiu Jitsu Different than Karate and other Martial Arts?

Other forms of martial arts (such as Karate) are designed to hurt or render your opponent unconscious. With Brazilian Jiu Jitsu, the goal is to neutralize, control, and immobilize the attacker. In fact, it is similar to wrestling in that Jiu Jitsu fighters look to take their opponents to the ground in order to outmaneuver them.

I’m not in the best shape. Can I still take a Jiu Jitsu Class?

Just like with any new exercise, you don’t have to be in perfect shape to sign up for BJJ classes. There are many different levels of fitness, so every member is encouraged to set their own pace. Fortunately, the more you practice, the more you will get in shape, and the more you’ll be able to do. Before you know it, you’ll be just as skilled as your instructor and in the best shape of your life.

It’s never too early or too late to take up exercising. With Brazilian Jiu Jitsu, you’ll be able to explore what your body is truly capable of; after just a few Jiu Jitsu classes, you’ll see that the benefits of BJJ speak for themselves.