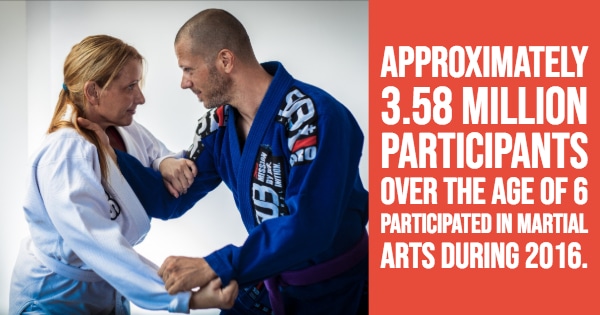 The combination of physical fitness and mental prowess makes the martial arts an enticing category for many people. In fact, approximately 3.58 million participants over the age of six participated in martial arts during 2016. Of course, there are countless martial arts disciplines to choose from. But one of the most exciting is Brazilian Jiu Jitsu, also known as BJJ. If you’ve never participated in this discipline before, you’ll want to grasp some Brazilian Jiu Jitsu basics (at least logically, if not physically) before you ever step into a martial arts studio. Here are three of the most important moves that you’ll see when participating in Jiu Jitsu for beginners or for experts.

If you’re more familiar with the most important moves you’ll see when taking Jiu Jitsu for beginners, you’ll feel more confident and qualified to take on this challenge. Ready to get started on your BJJ journey? Contact us today to learn more.