The Art of Eskrima Explained 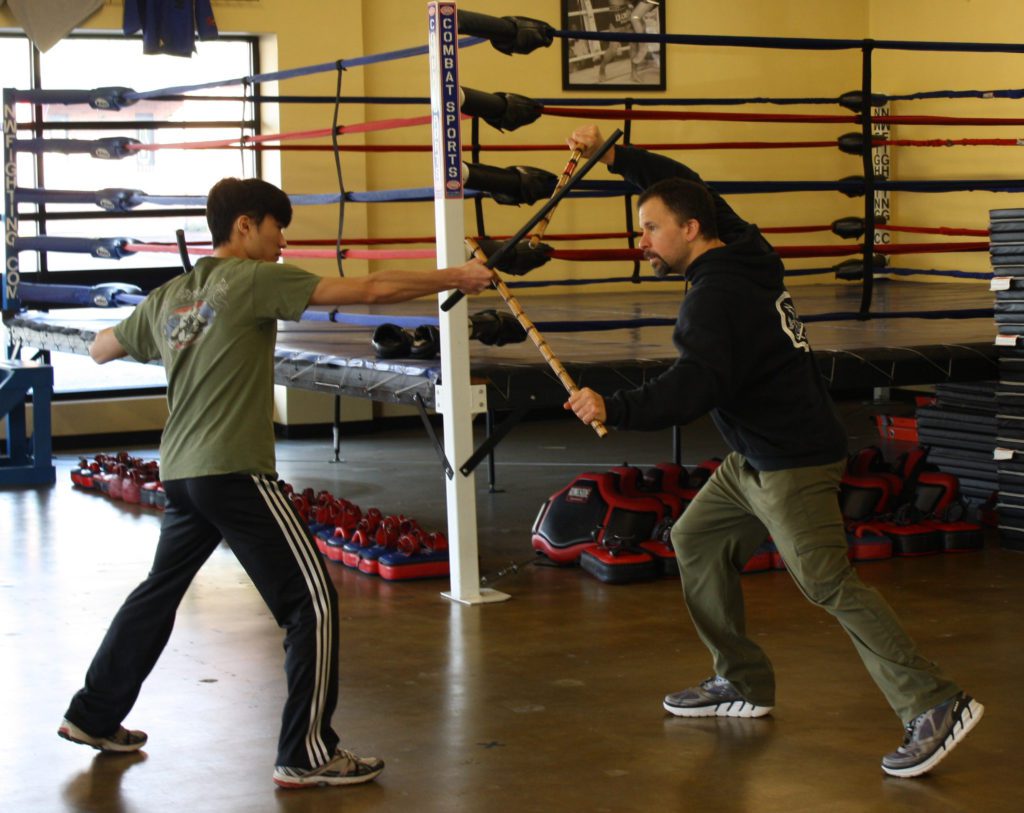 What were the circumstances behind the evolution of Eskrima? Imagine growing up in a primitive jungle society where food and shelter are scarce commodities. You often hear tales from the elders of invaders who came to your land many years ago. They arrived in great ships that flew over the waves on canvas wings. They brought death and destruction and left little more than the occasional long, glittering blade claimed at the end of bloody combat, now carried by the greatest warriors in your community.

One day the ships appear on the horizon again, bringing new strangely garbed invaders. With no weapons of your own you clutch two sticks, one long and solid, the other broken into a lethal point. An older cousin takes the time to demonstrate a few basic principles of combat. The first stick is used for striking or defending, the second for stabbing. You must stay on your feet and always be mobile. You must strike with all your force and stab at the spots where blood comes closest to the skin. Let the red water run from their veins before they can claim our land.

This is the world in which the Traditional Martial Art of Eskrima was born. While there are as many different tales describing the origins of Eskrima as there are practitioners, certain stories have become accepted as fact following exhaustive research. Like all Asian Martial Arts Eskrima (also called Kali) is known to have evolved out of India and traveled by means of invading peoples. This however is where Eskrima differs greatly from the better known ancient arts such as Kung Fu and Karate.

Kung Fu contains countless elegant forms that flow from one to the next, requiring years of careful instruction to master. Karate utilizes progressive kata to slowly teach a pupil to become a deadly warrior. Both these ancient arts incorporate extensive breath work, meditation, and the focusing of intangible forces. Becoming a warrior under the tutelage of these arts would require a commitment of many years. Mastery was highly coveted, and attainable only through a lifetime of dedication.

In Eskrima, there is only the warrior and their weapons. One can spend years learning to properly punch so the first will not break against bone… or one can pick up a stick and smash the enemy’s face in. A broken stick or jagged rock becomes a knife for a swift kill. Training was limited to a handful of lethal stick and knife techniques. If a movement could not save your life or end the life of an enemy, it would rarely be taught. Much of a Kali fighter’s learning happened during combat, as well as directly before and after battles, when the need for fighting skills would appear more pressing than the need to hunt or gather. Because of this system of simplicity and minimal effort Eskrima is still considered one of the most vicious Martial Arts in the world, and one of the most effective forms of learning self defense.